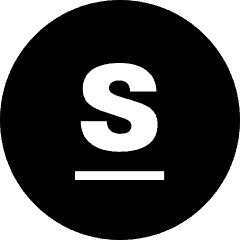 On January 25th 2016, insurer Corona Direct officially launched the CARO app, in collaboration with Sentiance, Drivolution and Ghent University. The CARO app, which uses the Sentiance API and platform, will be used in a field study to track driver behavior. It’s a great example of a very practical use of our technology that benefits both the consumer and the insurance company.

Philip Van der Putten, our VP Mobility, joined me in a lively talk about this new initiative with Philippe Neyt, Commercial Director at Corona Direct.

Toon: Thanks for taking the time to talk to us Philippe. We, at Sentiance, are very excited about this project. There’s a lot happening in the car industry right now. You’re a car insurer. Tell us, what are, in your view, the future challenges of car insurance? 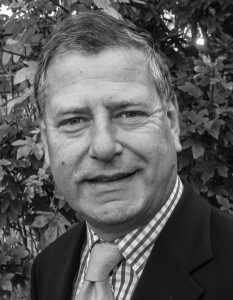 Philippe: We believe that the future of car insurance is going to be UBI, which stands for ‘usage-based insurance’. Consider this: the profession of insurer up until now was very straightforward. You ran a series of statistical calculations on your available data, such as claims and, based on that, you crafted a pricing scheme that is commercially sound for the consumer as well as the insurer. It’s all about managing and balancing risks, you see. But the data you had to work with, was always retroactive. And the actual driving behavior of the insured drivers was, until now, a complete unknown for the insurer. It’s like a huge black box. But all that is going to change.

At Corona Direct, we’ve always been a forerunner and advocate of the so-called ‘kilometer insurance’, i.e. you only pay for the kilometers you drive. We take this to a next level now, with usage-based insurance. With the CARO research program and app, we can now track in real time and, thanks to Sentiance, the driving behavior and style of the insured person. A driver installs the app on her or his smartphone. The sensors in the smartphone monitor the driving behavior and the data gathered via the app is used to tailor the Driver Coaching feedback accordingly. Better driving behavior is rewarded with vouchers and we can use the collected data to improve our risk balance insights.

Ultimately, the driver will benefit from an improved driving behavior resulting in safer driving and fewer accidents. This will impact the cost of the insurance and safer driving will finally be rewarded by a cheaper car insurance.

We believe UBI will change the relationship between insurer and driver: both will gain a better understanding of driving behavior and there is more transparency. Especially for young drivers, this type of insurance and the technology that makes this possible, can make getting car insurance more available again to this group of drivers.

Toon: What’s the role of mobile in all this?

Philippe: The smartphone is the ideal tool for this type of insurance. The smartphone is personal, apps are easy to install and use, so you can start right away, it’s widely available, there’s no additional hardware needed or complex installation procedures. The smartphone can send the data straight away or do it later, for instance when it connects to the home or office WiFi spot. The collected data can then be used to monitor driver behavior and provide, for example, coaching and expert advice to promote a safe driving style. The smartphone really is the future-proof option.

In principle, carmakers could also install a lot of these elements in the car too, but OEMs are usually not so quick to adopt novelties such as these. Now, we, as an insurer, can set up our own scheme independently of any OEM, allowing us to move forward much faster.

The smartphone really is the future-proof option.

This type of technology and the subsequent altered relationship between insurer and insured, can help improve road and traffic safety and decrease the number of accidents and victims.

Philip: How disruptive is this for you as a car insurer?

Philippe: Quite disruptive. We do away with the black box concept and can now tailor the car insurance based on actual user knowledge. It completely changes our BI and actuarial analyses: instead of managing the financial uncertainty based on educated predictions about future events, we can now work with real-time data. The analysis of real-time driver behavior leads to a better, more refined actuarial segmentation and less generic approaches towards driver segments, such as young drivers.

It will also enable us to have more tailored interactions with our customers. It does away with the traditional process most of us are accustomed to: you sign your policy, you pay your invoices and you’re not in touch anymore with your insurer until you’ve had a car accident. Not the most fun moment to be talking again. From now on, we can proactively work on driver coaching. That’s good for the driver and the cost of her or his motor insurance, but there’s also a social responsibility component in all this. This type of technology and the subsequent altered relationship between insurer and insured, can help improve road and traffic safety and decrease the number of accidents and victims.

Toon: Some drivers might feel like they’re being controlled all of the time. Won’t that hinder the adoption of UBI?

Philippe: We don’t see this as a negative. Our aim is not to act repressively but instead use it as a motivational driver for safer driving. When an accident has occurred, it’s too late to react. But when both driver and insurer can proactively monitor unsafe driving behaviors, we can, in all transparency, talk about possible measures, such as safe driving coaching sessions. It’s always better to prevent than to cure!

Philip: Do you see some downsides to usage-based insurance tracked via the smartphone?

Philippe: We have to be very clear about privacy and data ownership. We believe in informing the end-user in all openness and in full transparency. When both driver and insurer can assess the same data and, for example, compare this to similar people with different results, suggestions on improving safe driving behaviors can be made. We believe that it can help  create more transparency between insurer and insured person.

Toon: I understand this initiative is quite new and innovative. Can people sign up for this?

Philippe: Well, if you’re driving more than 15,000 kilometers per year and you’re interested in taking part in this innovative way of handling car insurance, you can participate in the CARO research program. Just get in touch with Corona Direct and we’ll set you up. There’s no reason anymore to still pay too much for your car insurance. From now on, you are in control of the price of your car insurance.

From now on, you are in control of the price of your car insurance.

Toon & Philip : Thank you Philippe for your time. This will be a great partnership.

Interested in Corona Direct’s CARO research program? Visit www.caro.be for more information or sign-up. This program is currently only available to Belgian residents.

3 reasons why data is everything for micromobility companies

How to increase engagement in your well-being app

Car crashes in the future: insurers will win on mobile